What happened and What’s going on

I am definitely paying my dues with gardening! A whole year of neglect can be devastating in terms of maintenace in a garden as big as mine.

Anyway I’ve been working very hard during this last month and I have had the time to get ‘in touch’ with the garden again.

Lately I’ve been pruning roses, trimming grasses and perennials, and tiding up in general almost everywhere. I also sprayed a preventative treatment of Bordeaux mixture on the roses so that they can have a fresh start without last year’s fungus and diseases still attached to the trunks and old leaves. I might give them another spray in full summer, when they’re more prone to blackspot… and crap like that. I have also sprayed the yuccas which had rusty spots on their old leaves. I also gave them a fresh haircut that made thier look turn from Cousin Itt (remember the Addam’s Family?) to exotic palms in California. I love the new style!

I have to say I am quite proud of my efforts, so far. Roses are full of fat buds and soon they will start blooming (they were already in prime time last year in this period, but I guess the season was a little early because of a very warm winter we had). 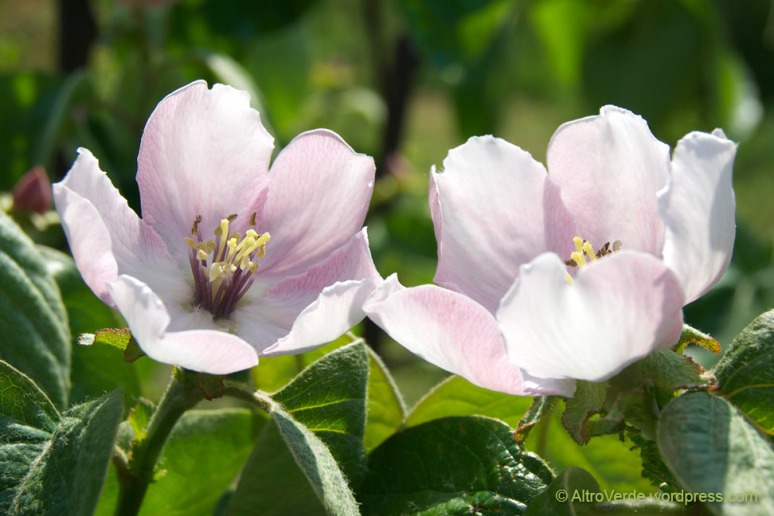 While taking care of my plants, I had the time to note what’s working… and what’s not, both in  design and specimen. It is about time to make things simpler: a tidy and healthy garden definitely looks better than a complicated design and sophisticated combinations that don’t work and are far higher maintenance. 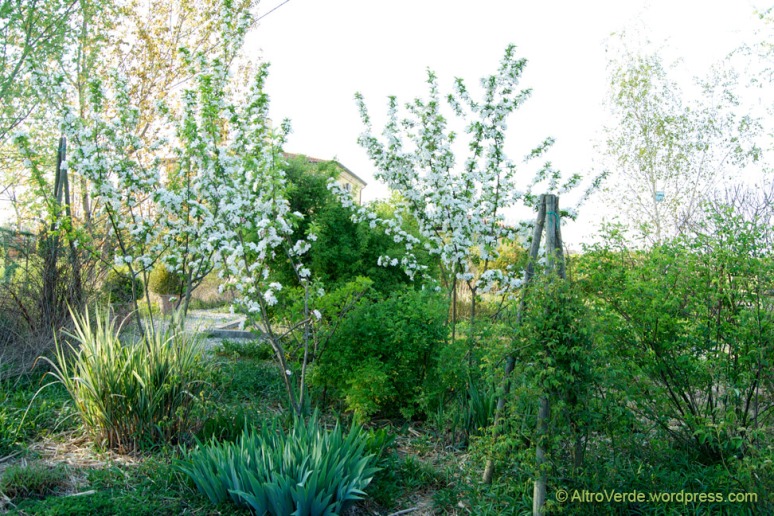 The crabapple trees are all in full bloom now. The three malus ‘Red Sentinel’ had grown rather tall so I decided it was time to get rid of the lower branches to let some light in. Malus ‘Coccinella’ is very pretty, and although its colour does bother me a little bit sometimes, its arching behaviour is quite interesting.

Malus ‘Evereste’ had been planted too close to a dark green phormium which had become huge over these last two years, all the same I like the combo – both when in flower and when bearing fruit on bare branches. I might get some more crabapple trees, although their flowering season is pretty short they are a beauty in winter too. 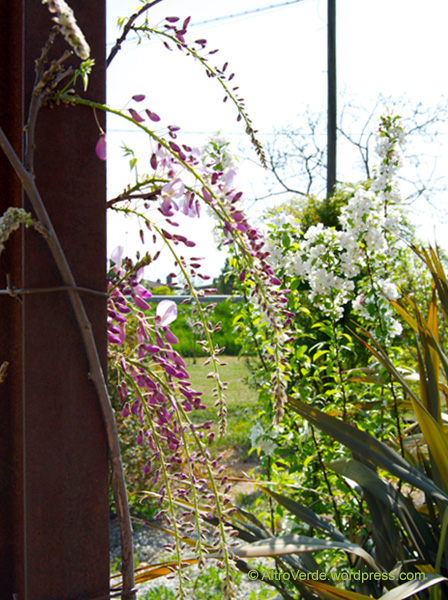 I realised I need more shrubs in the woodland, and particularly under the cherry trees. The wild cherry tree’s been flowering for a week now and it’s such a beauty; the other one, the one producing actual cherries, will be blooming right afterwards.

under the cherry tree

There are shrubs doing rather well in the garden: eleagnus umbellata (autumn olive tree) is such a fast grower, and it look pretty good in bloom too. I have just found out that its berries are edible too, I shall try. 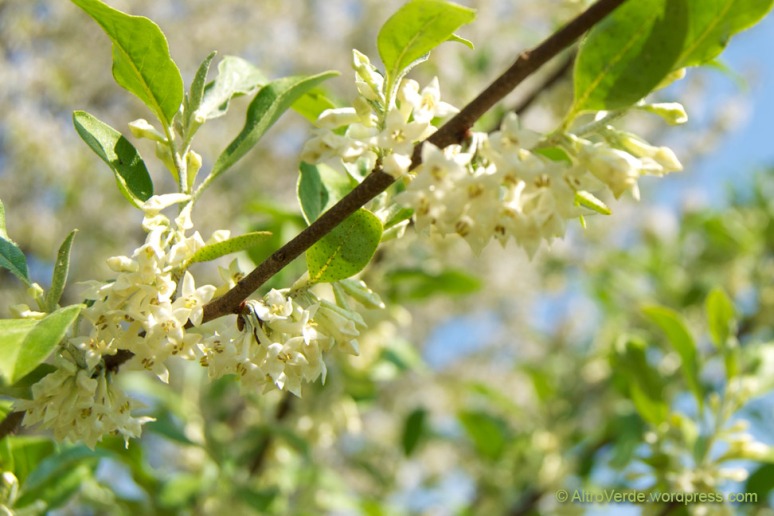 On the other hand elders are not really making a move; this is pretty disappointing since they grow wild everywhere around here. I didn’t expect viburnums to behave so well in my garden but they do indeed, except for an evergreen veriety called ‘Chesapeake’ which I reckon had passed out during this last winter. Never mind, I saw a terrible program on TV where this man travels around America to find out disgusting things to eat. He was at Chesapeake and there he ate a living blue crab and a deliciously cooked muskrat (yes, I said muskrat!). He had grilled raccoon the other day! I stopped watching the program (and liking the place…). 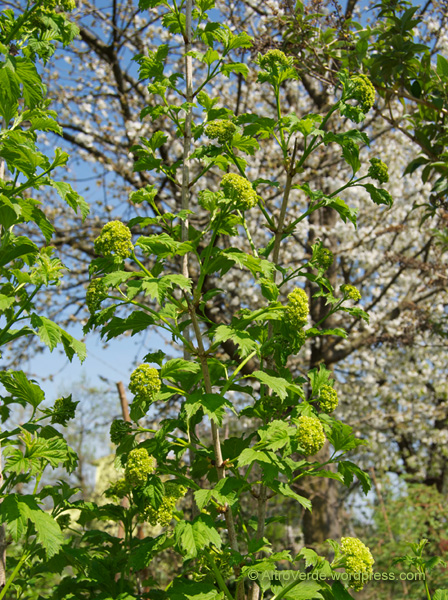 Bearded irises seems to have found their proper place in my garden; they grow and bloom and I love their leaves. This is a particularly fine scented one that started flowering yesterday. Rhyzomes came as a gift a couple of years ago, although during the first season it just grew and didn’t flower. Today, the warm air smells wonderful outside: all the fruit trees and the irises make it smell like confetti.

sorry i couldn’t get a steady shot of her!

Say hello to Gaga (although not so “Lady”…), a wire-haired dachshund that will hopefully help me conquer the moles…

28 thoughts on “What happened and What’s going on”